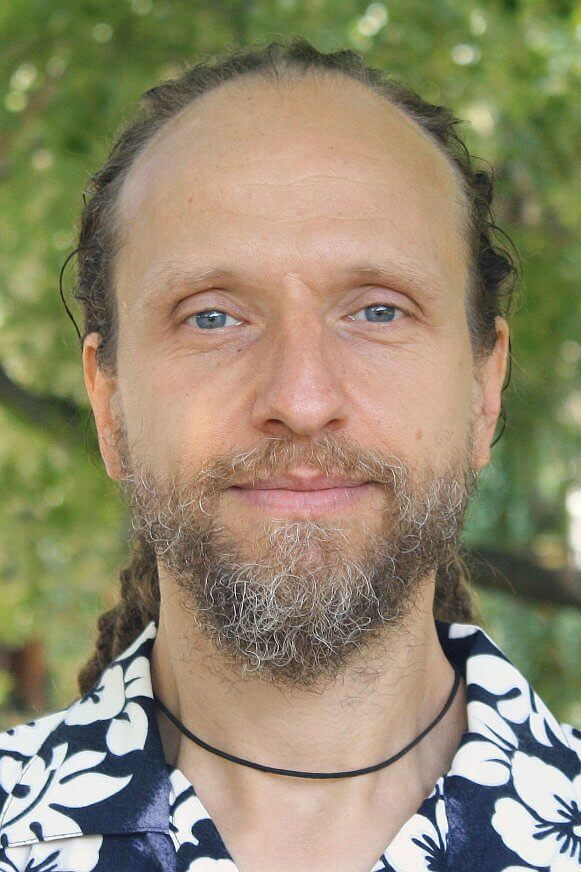 Growing up in Frankfurt, Germany, Sven began performing on stage at the age of 11. In the early 1980’s he started studying the rhythms he found in European, Middle Eastern, American, Brazilian, Afro-Cuban, and African music using traditional, self made, and computer supported instruments. In 1991 Sven moved to Hollywood, California, to continue his world music studies at the Percussion Institute of Technology, part of Musicians Institute (MI). There, he focused on American contemporary music, and drum set sight reading. Following his graduation with honors from PIT, he moved to Washington, DC In 1998 he founded Sound Pool Studios. He was recognized by the Metro DC Dance Awards for Best Sound Design and Original Composition in 2008, and nominated for the same award in 2009. He also won a grant from Meet The Composer in 2006. Sven has one child who graduated from WWS, and he has been a guitar teacher at WWS since 2013.