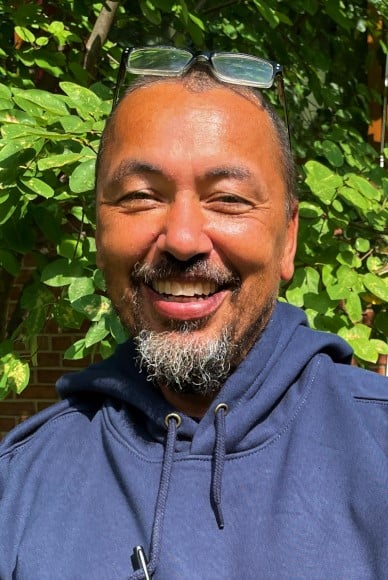 Although originally from Godstone, Surrey in England, Russ is truly a citizen of the world.  He spent a majority of his childhood living in international ports, including Rabat, Dakar, Lisbon and Banjul.  These early influential experiences sparked his interest in people’s cultures and lifestyles, leading him to pursue his undergraduate degree in Anthropology at the University of Maryland, College Park.  Russ soon realized he could best use his skills and passions as a teacher of young children.

Russ’s first teaching job was instructing students with special needs in martial arts and physical education, both of which are lifelong passions. He has worked in both private and public schools, including as a Physical Education teacher and an assistant Middle School teacher in a private day school, and a substitute and a paraprofessional aide for DC Public Schools. After having his first child and discovering Waldorf Education, Russ found his teaching calling.  He completed his Waldorf Teacher Training at the Nova Institute and most recently has taught at the Potomac Crescent Waldorf School.  Not only has he taken a class through grades 1-4 at PCWS, this year he taught their mixed aged kindergarten.